Focal Point VR announces that it will stream the finals of the Champions Tennis from the Royal Albert Hall, London in Virtual Reality. The VR broadcast of the matches is scheduled to start at 11:30am GMT Sunday 4th December. 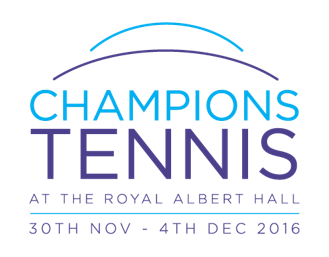 Jonathan Newth, Focal Point VR’s CEO, said “The ability of VR Video to ‘teleport’ the media consumer to another place live represents an entirely new paradigm for video. Focal Point VR are proud to be at the leading edge of delivering this exciting and technically challenging innovation.”

Focal Point VR is partnering with Webcast Sport and Streaming Tank to deliver this VR stream.

Webcast Sport is a new business based on over 70 years of television experience. Our aim is to bring sport that is under represented on our televisions to the laptops, tablets and smartphones of the fans. We are excited to be partnering with Focal Point VR to bring the Champions Tennis from the RAH to you in 360º VR. Kevin Magee, MD of Webcast Sport, says “This partnership represents how we see the televising of sport progressing; online, on demand and using cutting edge technology to put you in the best seat in the house.”

The Champions Tennis tournament organised by IMG is the season ending finale to the ATP Champions Tour. Former Grand Slam Champions, World No.1’s and national icons compete in one of London’s most famous and iconic venues.
« Focal Point VR Reels In 3D Graphics Expert» How to watch the Champions Tennis final in live in VR