Virtual Veronese started out as a first-of-its-kind R&D prototype developed as part of the UK government’s Creative Clusters programme by StoryFutures, a consortium led by Royal Holloway, University of London in partnership with the National Gallery. The goal was to use immersive technology to tell an art history story. 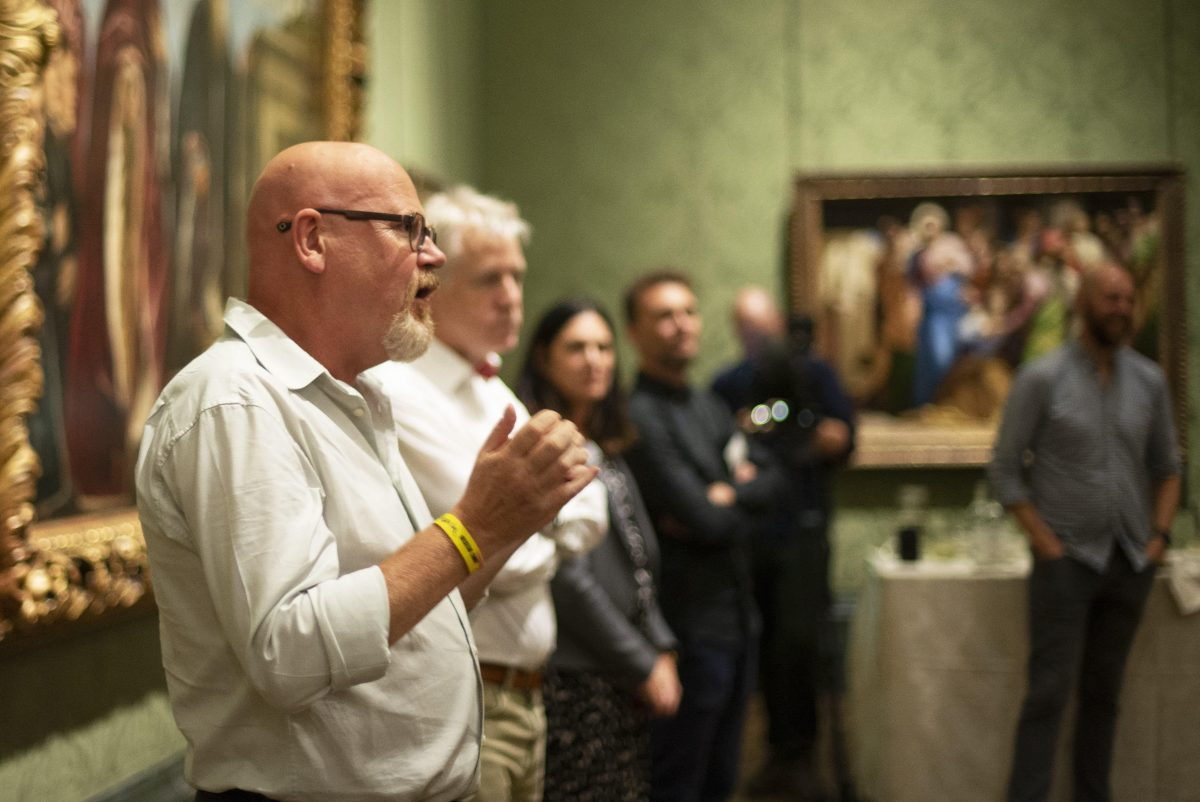 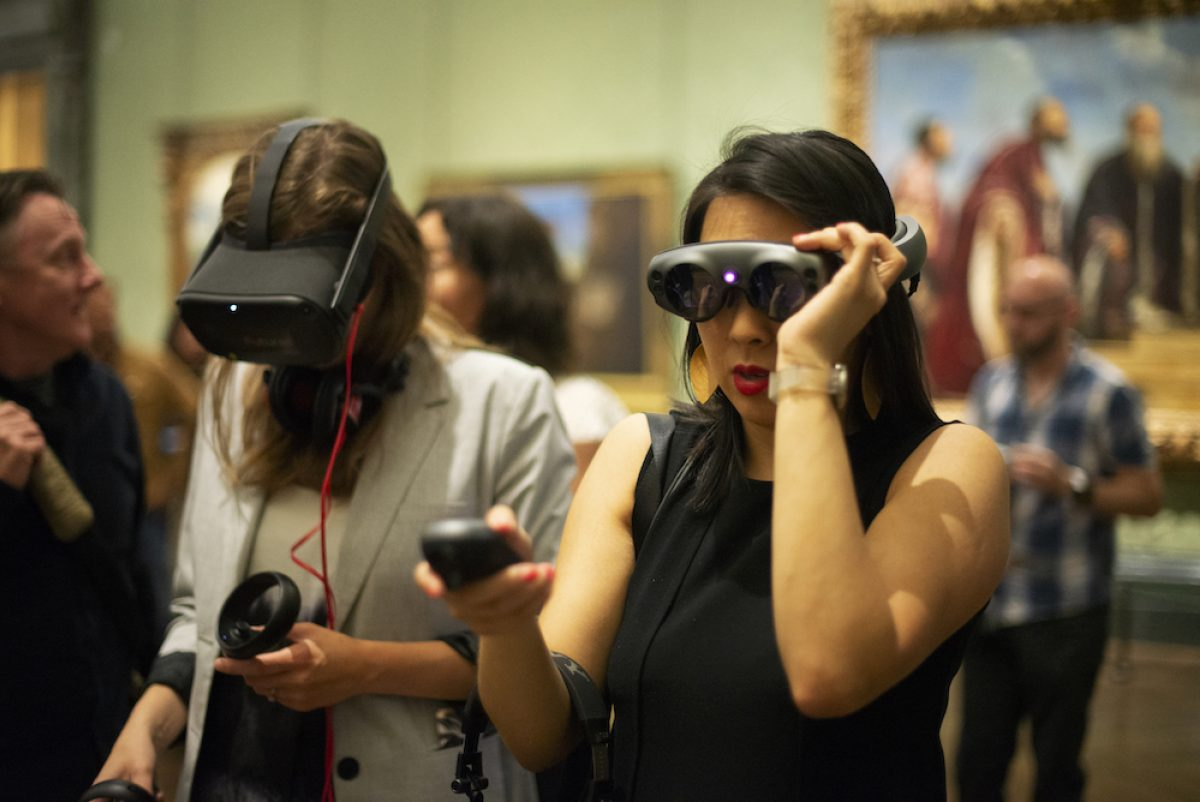 Following a successful demonstration of the prototype in the National Gallery in summer 2019 Focal Point VR was commissioned to develop an immersive experience for Oculus Quest 2 using Volumetric Video performance capture.

Many of the historic paintings you see on gallery walls would have originally hung in spaces that are very different to the settings you see today. Paolo Veronese’s ‘The Consecration of Saint Nicholas’ was commissioned in 1561 as an altarpiece to hang in the church of San Benedetto al Po, near Mantua, Italy.

Through the use of virtual reality, the viewer is invited to see what this painting would have looked like in its original setting and discover the story of its creation.

When you put on the headset, you will find yourself inside a digital reconstruction of the church of San Benedetto al Po. Your guide in this virtual world will either be Veronese’s patron and abbot of San Benedetto al Po, Andrea Asola (using a fictional narrative); or Dr Rebecca Gill, Ahmanson Curator in Art and Religion (August 2016 – March 2020) at the National Gallery, who researched the painting and its original setting. Both experiences will let you explore how the painting would have been seen in its original setting and learn about the context of its commissioning.

The interactive experience was developed using the Unity Game Engine; with a mix of real time models and volumetric video running in an Oculus Quest 2 headset. In addition, a tablet app was developed to allow National Gallery staff to control the experience effectively. 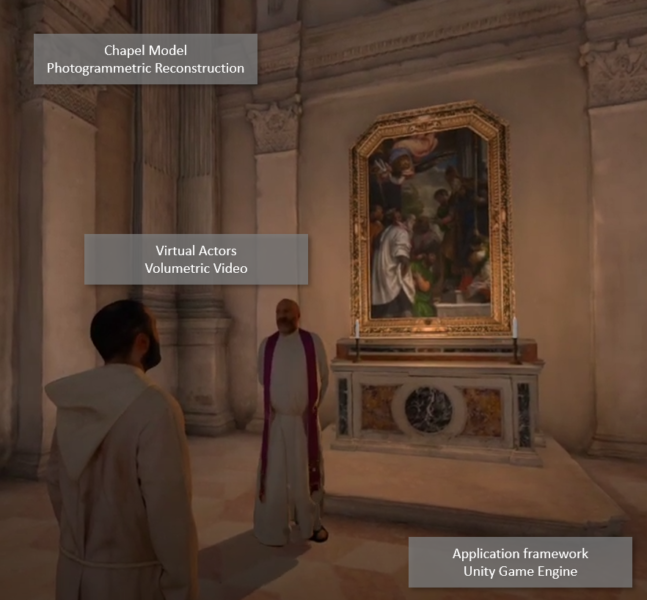 Image captured from within the Oculus Quest 2 HMD

The  3D Capture, Mesh Optimisation of the Chapel of Saint Nicholas in the church of San Benedetto al Po and Ambisonic Sound Recording of the Veneti Cantores choir was delivered by ScanLAB Projects, commissioned by the National Gallery.

​The volumetric performances were captured on location at the photogrammetry studio at the UAL: The London College of Fashion. Focal Point VR adapted the stills capture facility at the collage by enabling video recording to existing cameras, fitting wider angle lenses and adding additional 4k and 6k capable video cameras and recorders to the 6 node rig. 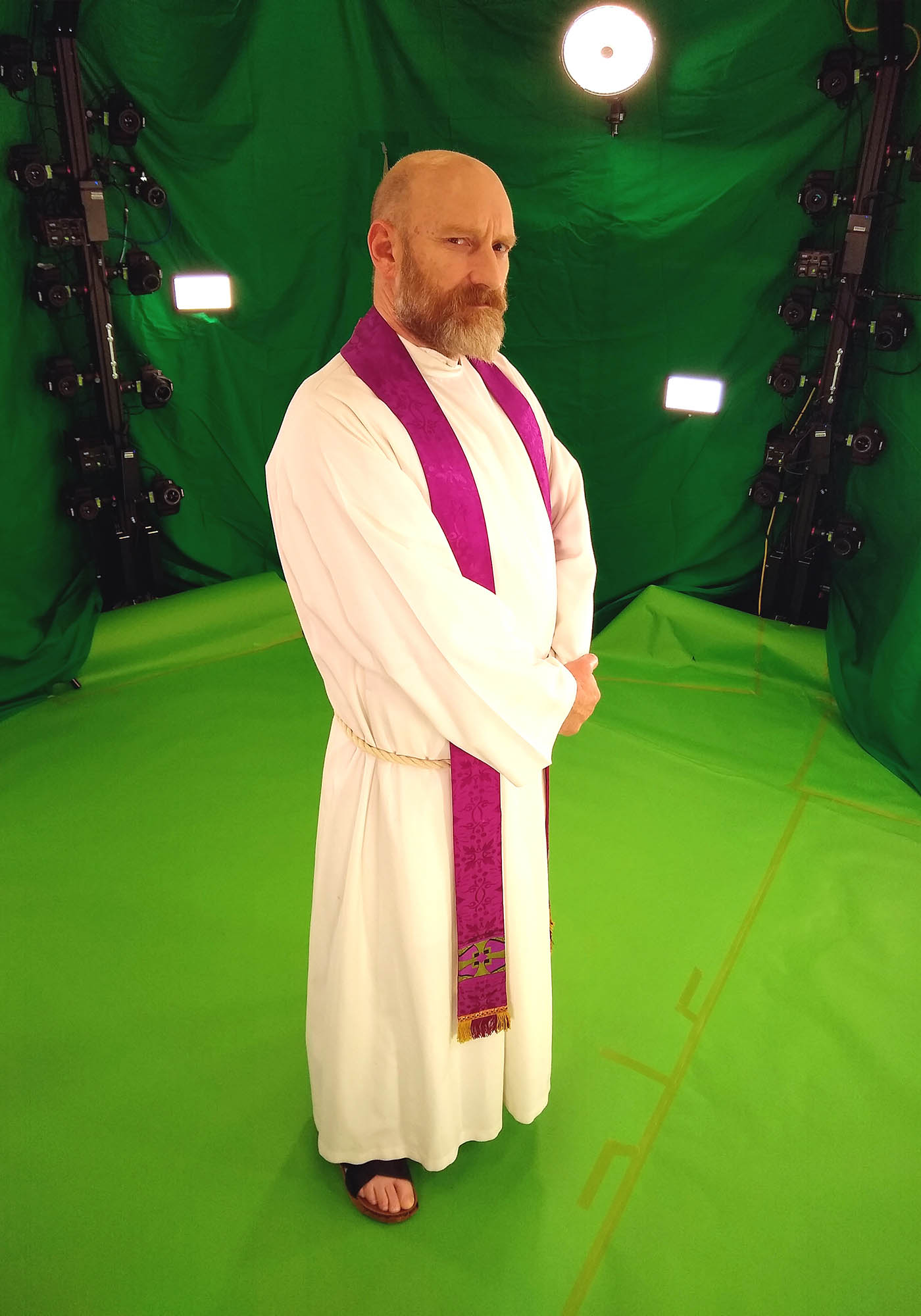 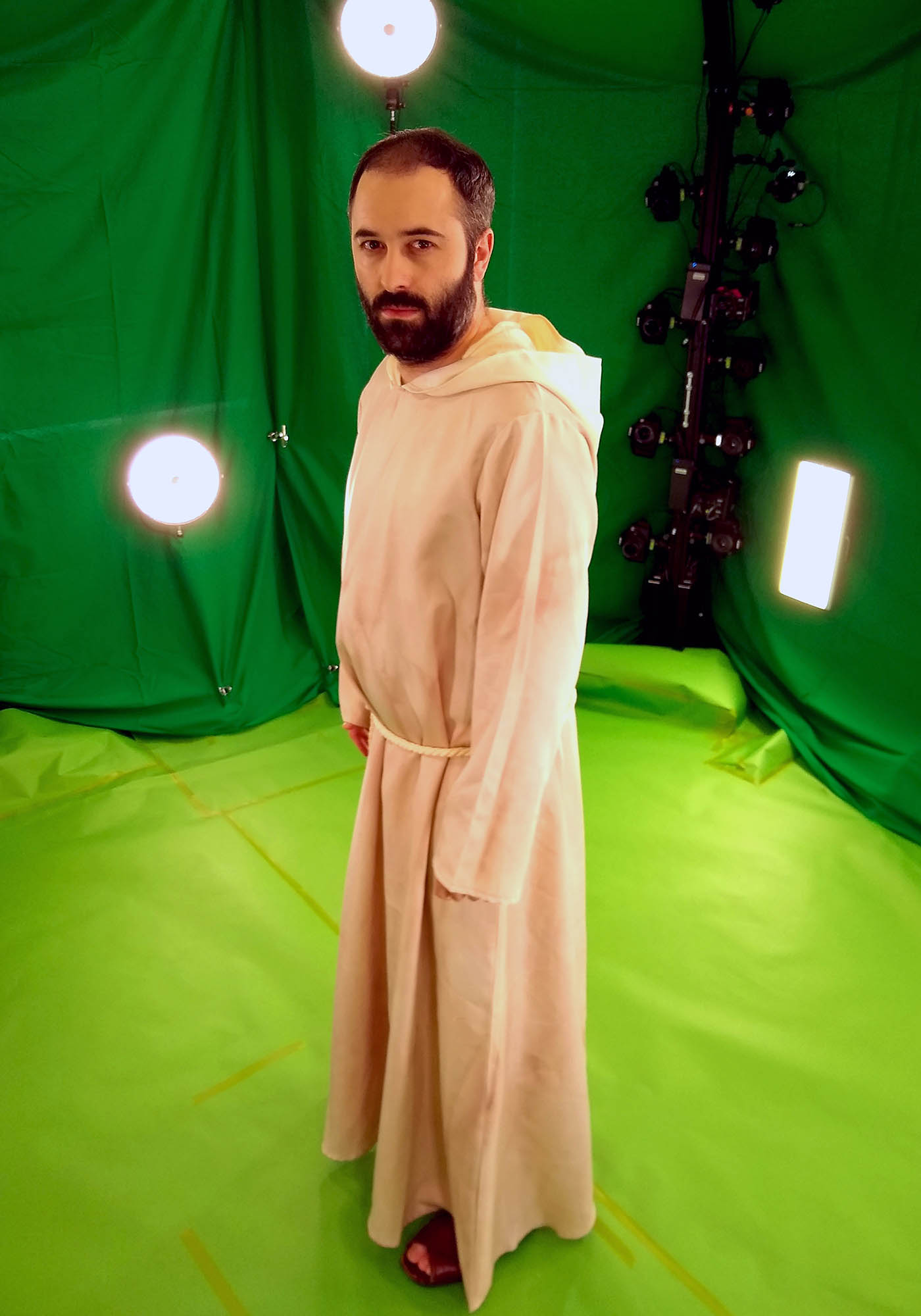 The actor and curator performances were approximately 7 minutes in duration and had to be filmed in 1 continuous take, each actor was filmed individually whilst the director and technical crew worked remotely.

Each of the captured video clips (198 in total) were checked, synchronised, finalised and delivered to Volograms for processing. 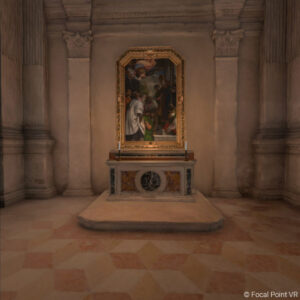 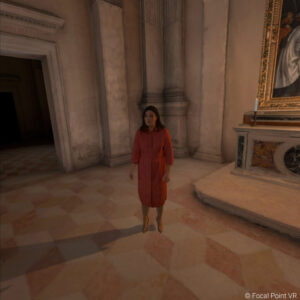 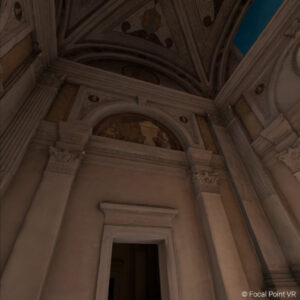 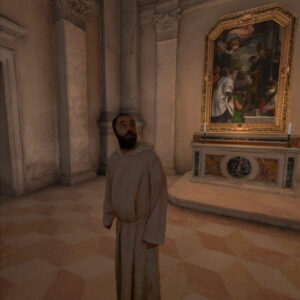 Commissioned by the National Gallery and StoryFutures.